When driving by car on the Route Nationale in France, one may always be astonished about tiny blue holes appearing in the landscape. Along the main highways and in the big zones commerciales these holes turn out to be empty swimming pools made out of plastic, standing or lying on the ground; cheap alternatives to concrete pools, especially promoted in southern Europe. Concerning form and colours of the huge polyurethane bath tubs, measuring is due to industrial norm: most of them are light-blue, rarely white or beige, with some inverted steps, varying some basic designs from ear-drop-shaped to rounded down rectangulars.

I photograph these ready mades embedded in the (social) landscape, particularly characterized by the industrial periphery of the urban surroundings. The absurdly enlarged blue vessels are built up for advertising purposes, but they seem to define these spots by their presence and striking peculiarity.

Streets, cars, traffic signs, plants, architecture, the whole environment marks these non-sites of the semi-urban periphery as a conceptual motive frame for the pools. The sky is mediterranean blue, the shaping hard shades refer to hot mediterranean early afternoon. The upright format, being not typical for landscape representations, especially in the series, underlines the absurd character of the swimming pools, activating visual associations from mobile plastic toilets to blue coffins.

I am more interested in the oscillating surrealistic potential of these anonymous sculptures‘ blue holes‘ than in a pure rigorous typology. To estimate a stronger iconic sculptural character, all logos, telephone numbers and company names, which function as an advertising medium, have been digitally erased.

The series is conceived as an exhibition as well as a book project. 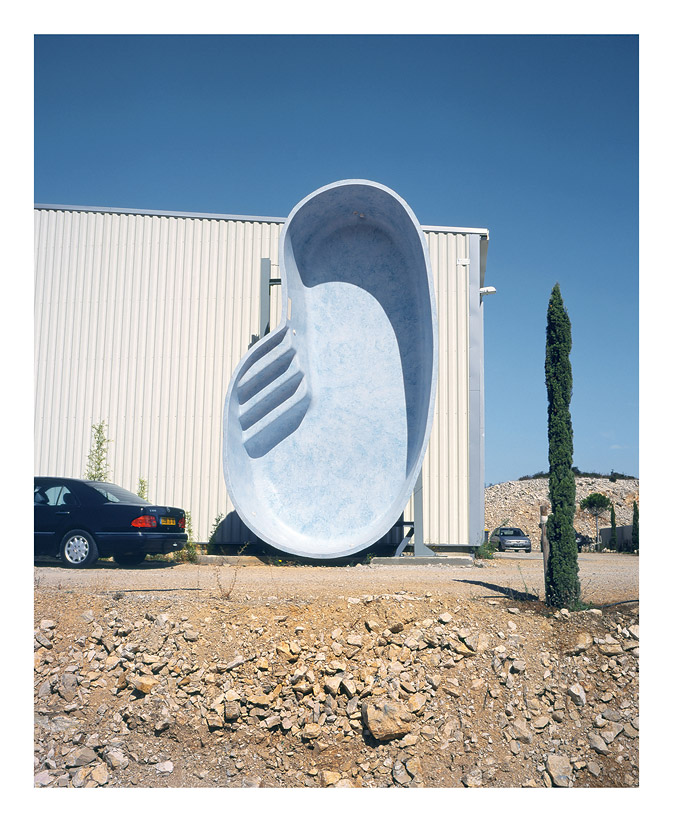 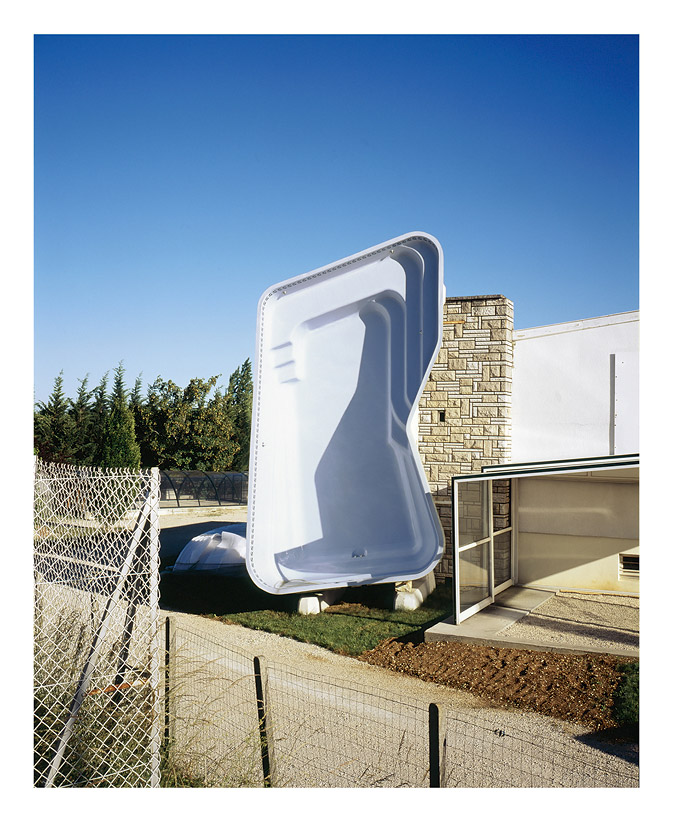 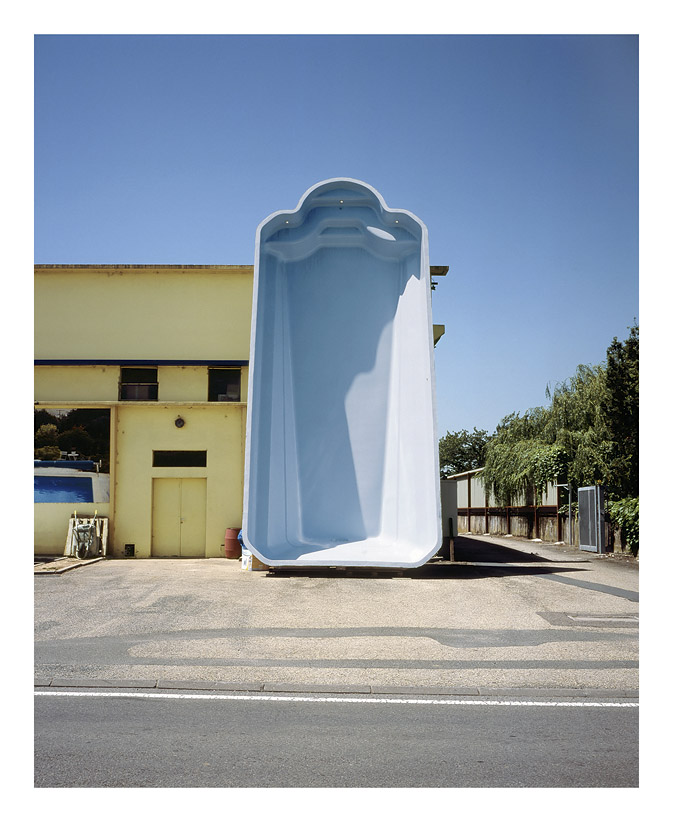 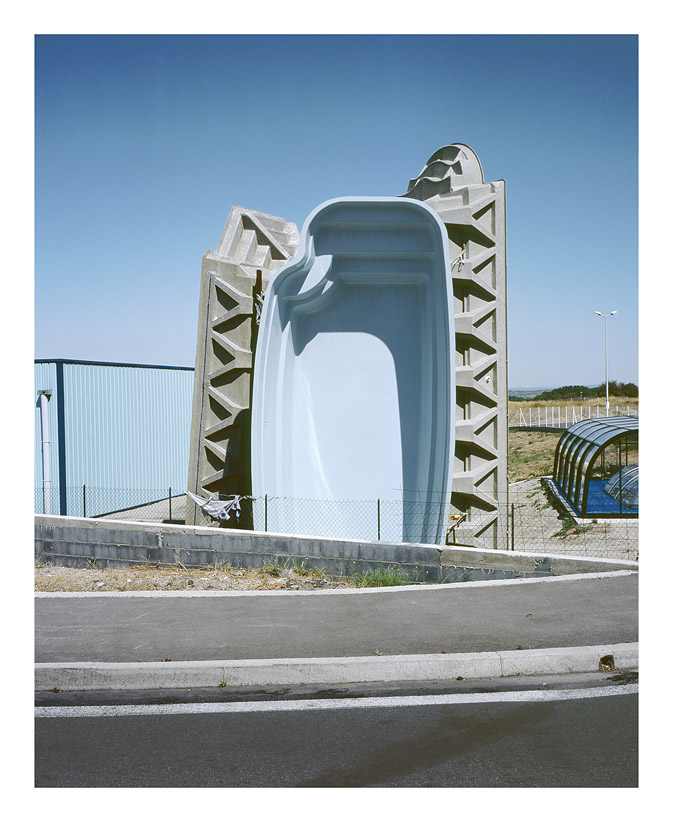 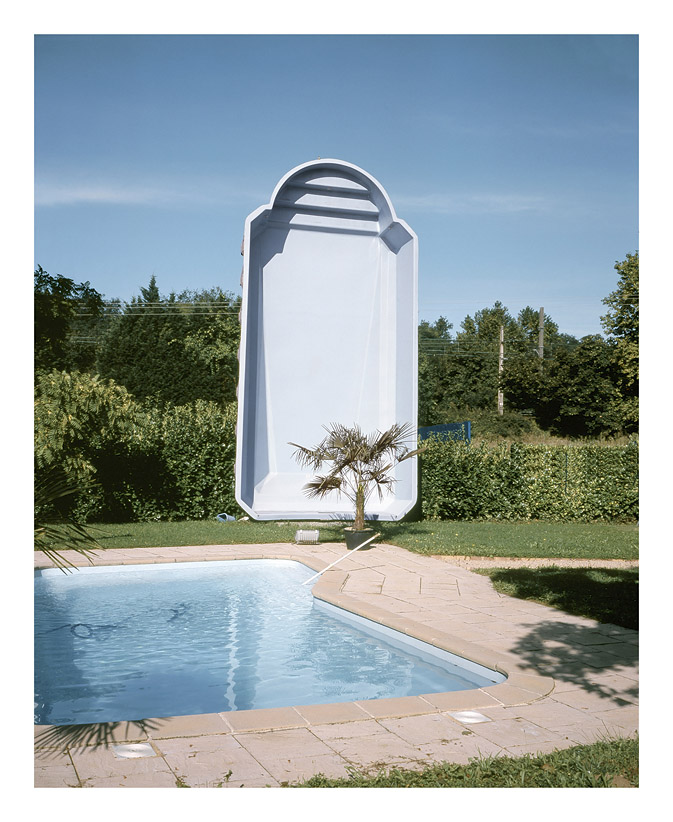 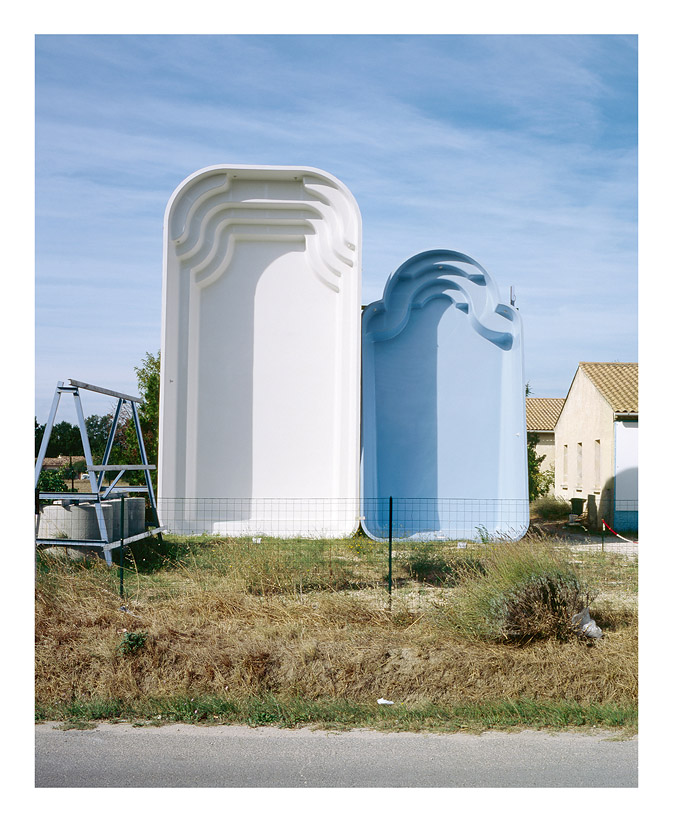 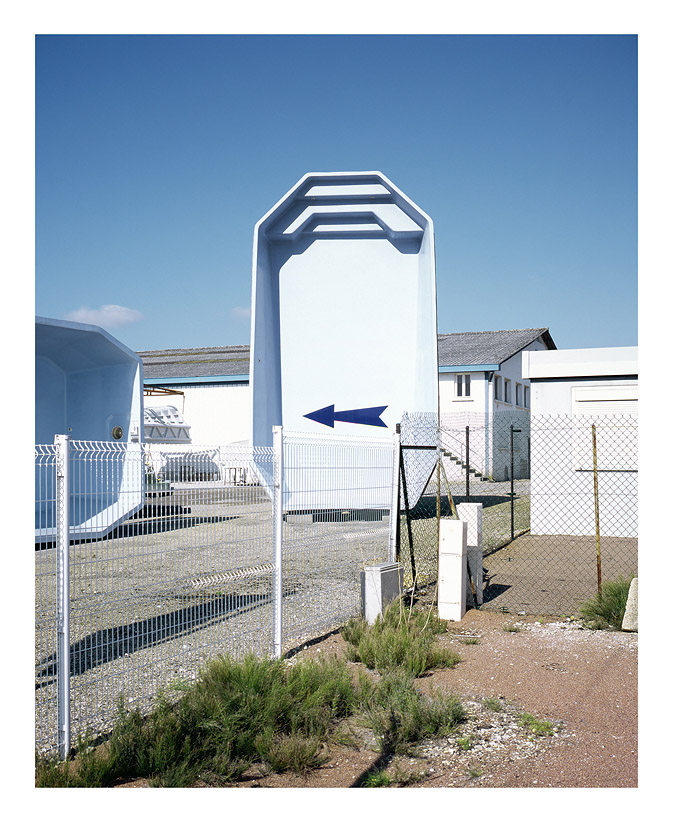 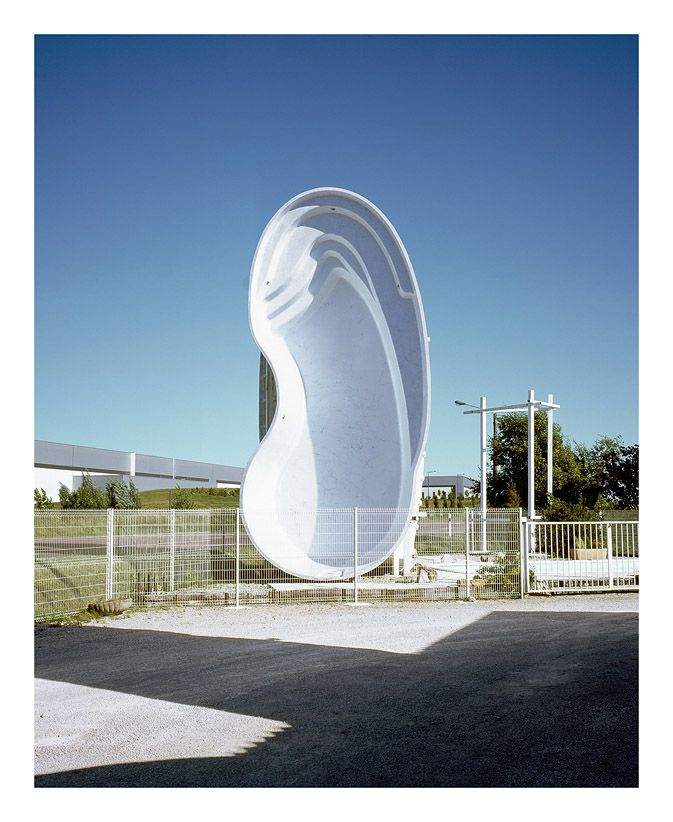 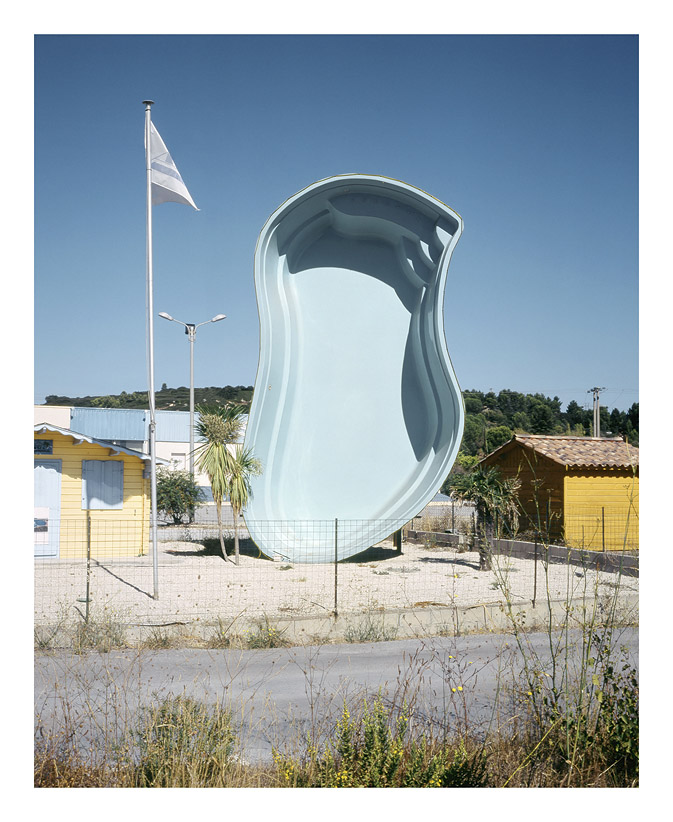 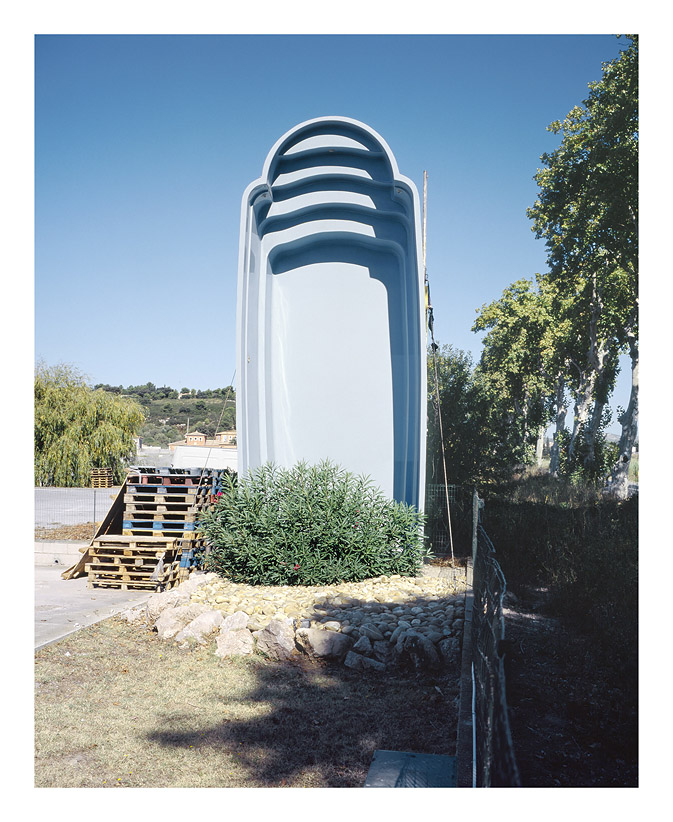 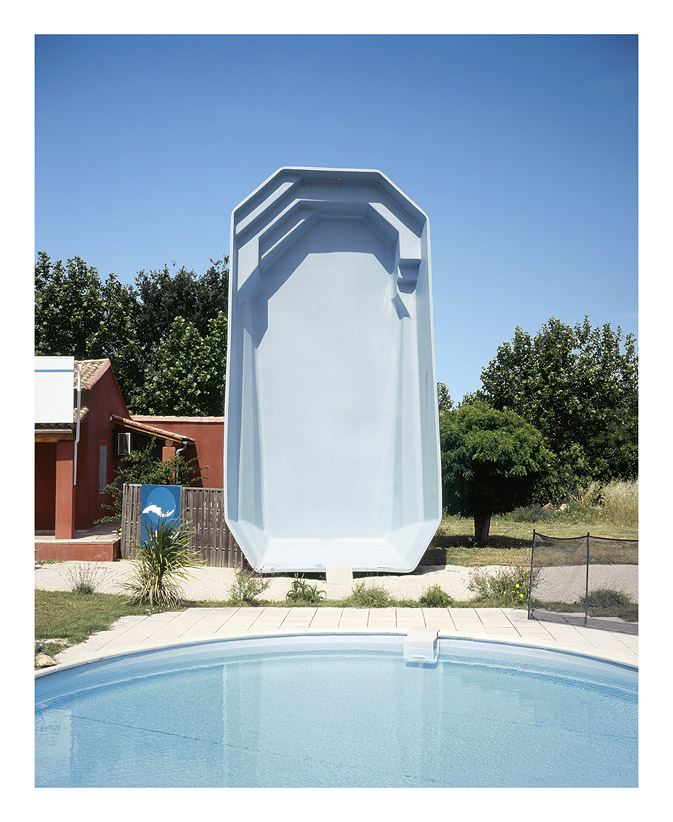 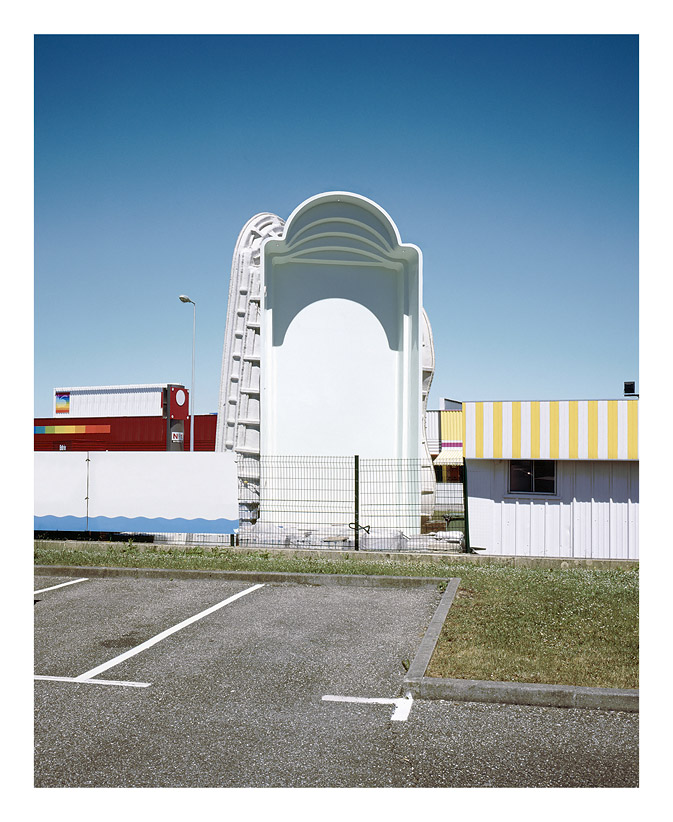 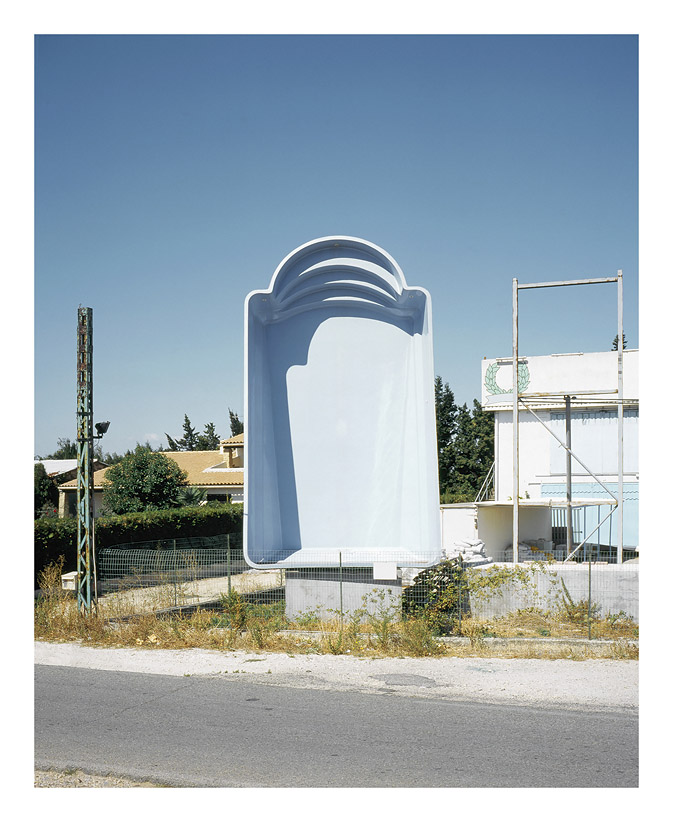 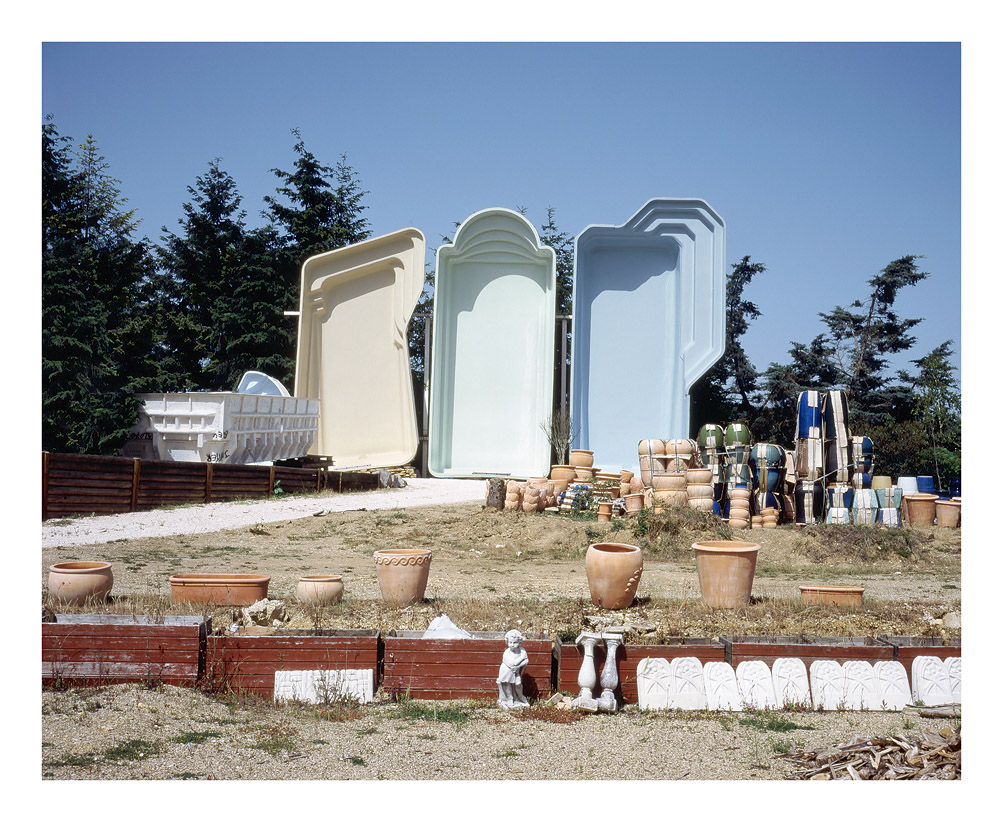 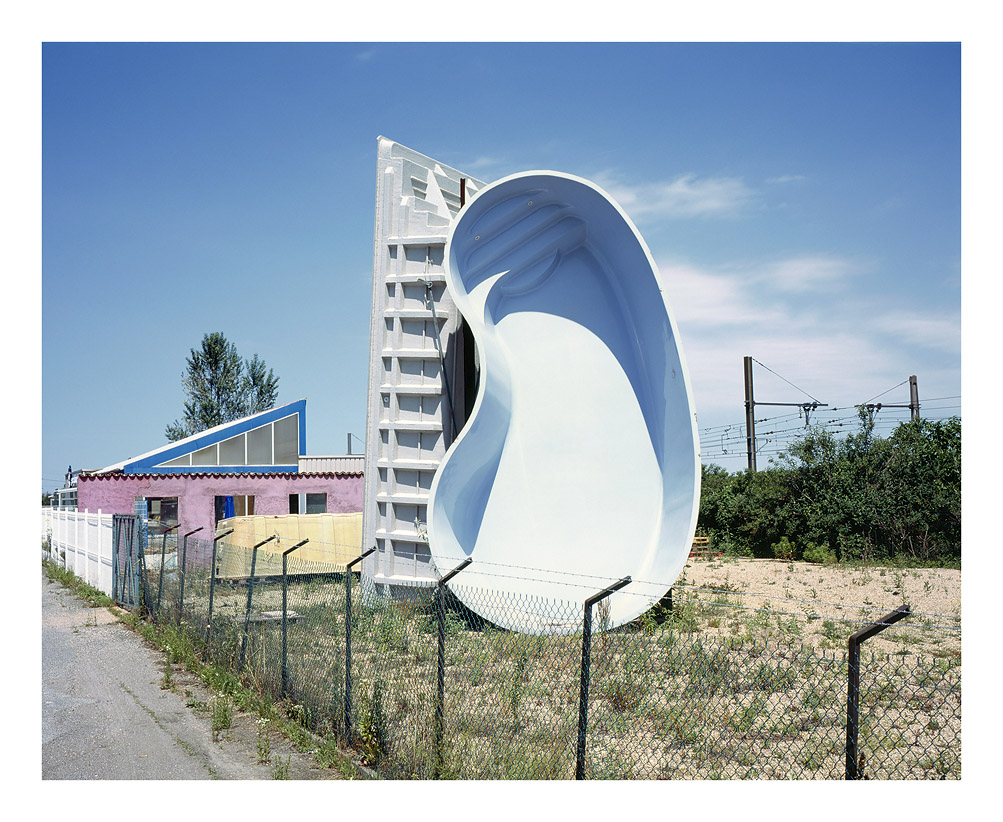